Galileo Galilei was an Italian physicist and astronomer of the sixteenth and seventeenth century. He was born on February 15th, 1564 and died January 8th, 1642 at age 77. He was known mainly for:

– Defending, through the scientific method and at the risk of his own life, the heliocentric theory of Nicolaus Copernicus.

– Contributing to the development of the telescope.

Galileo was born in the city of Pisa, Italy, into a family of merchants. At ten years of age, his parents moved to Florence, leaving him in the care of a religious neighbor who would eventually introduce him to ecclesiastical life. His father was not a religious man and as soon as he found out a few years later, removed his son from the convent he attended. His father enrolled him in the University of Pisa to study medicine instead

Young Galileo, however, did not find his vocation in medicine. In addition, his low tolerance towards authority, ignorance, and lack of critical thinking of his teachers, led him to leave the university at age 21. He decided to focus on his true vocation: physics. At 25, after some imbeing burned at the stake. Some historians say that in a low voice, just after abjuring, he murmured the famous phrase: “Eppur si muove” (in English: “and yet he moves”), referring to the movement of the Earth around the sun.portant discoveries in the field of mechanics, he earned a position as professor of mathematics at the University of Pisa. From that moment, he began to combine teaching with research and the invention of new scientific instruments. 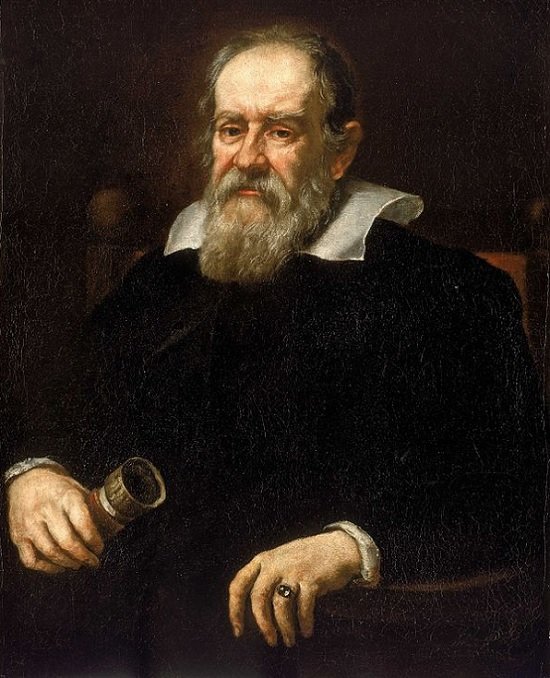 In 1609, a former student told him about a new Dutch discovery, monocular (telescope). Little did they know that this new discovery would change Galileo’s life forever. Inspired by the future applications of this new and unknown artifact, Galileo built his own telescope, soon surpassing the resolution and possibilities of the original instrument. The success of his telescopes brought him fame throughout Europe and a lifetime position at the University of Padua in Padua, Italy. With his new and improved telescope, he began to observe the stars and gather evidence that would end up supporting the heliocentric theory that Nicolás Copernicus formulated a century before. This theory says that the earth revolves around the Sun. Helio: sun and centric: center.

With as much recklessness as enthusiasm, Galileo made his results public even knowing that contradicting the geocentric theory (sun revolves around the earth) could lead him to be charged heresy. In the end, he was. Shortly before he died, he had to retract and deny the truth to avoid being burned at the stake. Some historians say that in a low voice, just after solemnly renouncing the truth, he murmured the famous phrase: “Eppur si muove” (in English: “and yet, it moves”), referring to the movement of the Earth around the sun.